Research shows that there has never been so much screen time in the history of television and the internet, as is being recorded amid the COVID-19 Pandemic. Adults and children alike are craving things to watch, and so, entertainment providers are scrambling to feed the hungry beast. You get emails, flyers, brochures and see advertisements from multiple cable and satellite tv channels daily. Everyone claims to give you the best bang for your buck, but how do you determine if this is true? Experts researched for you to decide who has the best variety of programs to satisfy, children, teens, adults, sports enthusiasts, or just plain binge-watchers.

Here’s a comparative breakdown of the different offerings from each Television Provider and why at the end of the day, Spectrum TV is the choice for delivering the best value overall by cabletv.com Editor’s Choice Awards.

Spectrum TV – is voted as having the best movies package because it offers enough of something for everyone instead of focusing on a specific genre and shortchanging viewers in other areas. There are over 200 channels priced at $89.99 monthly. The package is called Spectrum Gold.  Unlike its competitors, both Spectrum Silver and Gold packages always include at least two premium channels. With Gold, you get both Starz and Encore, HBO Max, NFL Network, SHOWTIME, and TMC. That saves tv lovers a pretty penny as premium channels are usually expensive. The Spectrum TV offers a 12- month introductory price of $44.99.

What stands out about spectrum is the fact that they are inclusive, meaning everything is broken down into basic packages to ensure everyone can afford their deals, especially the sports packages which are sought after by sports fanatics. They also have the largest number of HD channels, making the viewing experience much better. Additionally, Spectrum TV will help you transition from a bad contract to their unique offerings when choosing a bundle deal inclusive of tv, internet, and phone services for up to $500.00. That’s unheard of anywhere else in the industry.

DVR storage varies depending on the package and is very affordable-$4.99–$9.99. The fee is minuscule considering that Spectrum’s cloud storage is double the competitors’, and you can store your movies, etc. four times longer. More than plus, there are no contracts.

Dish Network – Best Family Package at $84.99 per month with more than 240 channels. That price, however, requires a two-year contract in addition to autopay set up.

They offer a wide range of kids’ channels but only in their America’s Top 200 plan. That package comes in handy if your central focus is the children and not necessarily a variety for everyone. Their age-based recommendations from educational worth to language and consumerism is a plus for parents. The cost of equipment is often a deterrent to customers.

Finally, since the cost for Spectrum’s plans, in addition to its DVR fees, is relatively low, especially with the included premium channels, we recommend Spectrum’s cloud DVR services—but with the caveat that your mileage may vary.

AT&T TV Ultimate + Internet – Best TV and Internet package. This provider offers super-fast download speeds and a large number. However, the plan is pretty expensive. For 250+ channels, customers pay $109.98 + tax each month. The catch is 12 months sign up, no-paper billing, and automatic payments.  There is a $9.99 monthly sports fee and $10/month for equipment in addition to the basic charge. People who want to record many programs can get the DVR, which stores 500 hours of HD storage.  It’s a gamer’s dream to have high-speed Internet for fast streaming, but it can leave a hole in your pocket in terms of cost.

DIRECTV – This is known for offering the best sports package – DIRECTV PREMIER, but unless you can fork out $124.99 every month, you would be better off with a more straightforward package. Additionally, collegiate football enthusiasts will be disappointed to know that the steep package still doesn’t have pac-12, a widely watched football conference.

Their ULTIMATE package gives you more than 250 channels and includes the NFL, MLB, and NBA and NHL networks, which is an attractive deal for fans of professional football, basketball, hockey, and baseball. That package costs $74.99 plus tax and RSN fee monthly. However, it requires a two-year contract, the price lasts for 12 months, and you must go paperless and enroll in autopay.

The pro for this package is the NFL Sunday ticket, which allows football fans to see the significant games.

HULU+ Live TV- The no advertisement package costs $60.99 per month and offers more than 60 channels. Their cloud DVR comes with 50 hours of cold storage, which has an upgrade option of up to 200 hours. If you desire premium channels, it will be costly to add them.

Hulu is touted as offering the top streaming package with all its channels in high definition mode. Although they do have some profitable channels in the small package, for people who love variety, this might not be the best choice. You, however, do get to access the streaming network’s extensive library, featuring some highly-rated television series.

Overall Packages– After scrutinizing all the packages offered by the top five TV providers, Spectrum TV has proven to be the most diverse, from basic TV to bundle offerings. Speaking of basic, Spectrum offers the lowest price and generally best cable deals of the top five TV providers. The TV Select package delivers more than 125 channels for only $44.99 monthly for the first 12 months. That’s a great deal, especially for people who want some excellent channels but not the whole sparkle.

To top it all off, customers are not tied into any long-term contracts not get hit with a myriad of other charges. If you require more DVR hours than spectrum offers, there’s always the option of Tivo. They provide a service for less than $5 per month for a few hundred hours of storage. So, is Spectrum the best value for your money? Indeed!

Up to 200 Mbps
Wireless speeds may vary 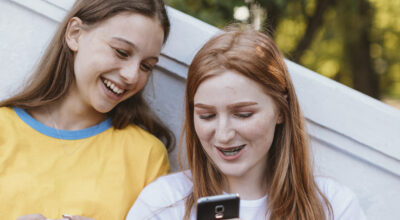 Back to School with Spectrum

The school year is coming sooner than you think, and while you’re stocking up on school supplies or getting your wardrobe ready to head back to Why Spectrum is the Best Cable and Internet Provider for You

From online gaming to online classes and Zoom calls to binge-watching, having the right internet and cable TV coverage is important for any household. However, it’s The Best Internet Deals for Your Business

In this interconnected world, it’s more important than ever for businesses to get the most out of their internet plans. Here at Spectrum, we recognize the The right home internet and cable TV service are more important than ever. Households across the U.S. want to have the tools they need for home

Call us to Get Started

Spectrum Internet® + TV Select + Voice: Limited time offer; subject to change; valid to qualified residential customers who have not subscribed to any services within the previous 30 days and who have no outstanding obligation to Charter. Spectrum TV® Select promotion price is $49.99/mo; standard rates apply after yr. 1. Spectrum Internet® promotion price is $49.99/mo; standard rates apply after yr. 1. Spectrum Voice®: Price is $14.99/mo when bundled. Taxes, fees and surcharges (broadcast surcharge up to $21.00/mo) extra and subject to change during and after the promotional period; installation/network activation, equipment and additional services are extra. General Terms: INTERNET: Speed based on wired connection and may vary by address. Wireless speeds may vary. TV: TV equipment required; charges may apply. Channel and HD programming availability based on level of service. Account credentials may be required to stream some TV content online. HOME PHONE: Unlimited calling includes calls within the U.S., Canada, Mexico, Puerto Rico, Guam, the Virgin Islands and more. Services subject to all applicable service terms and conditions, subject to change. Services not available in all areas. Restrictions apply. Enter your address to determine availability. ©2022 Charter Communications.

Speak with an Expert TODAY

Virtually
In Real-Time
Without any app to download or install Talk with US!

Speak with an Expert TODAY

Virtually
In Real-Time
Without any app download or installation Talk with US!